Invisalign are clear braces used by orthodontists and dentists as a tool to achieve optimum functionality and aesthetics of the teeth and molars.

The clear braces consist of thin synthetic covers which slide over the teeth and molars. Replace the set every other week so the teeth move to the ideal position in the jaw.

The method has been used successfully over 8 million times. Dentists and orthodontists have been using this orthodontic tool since 1998. See the costs of Invisalign. 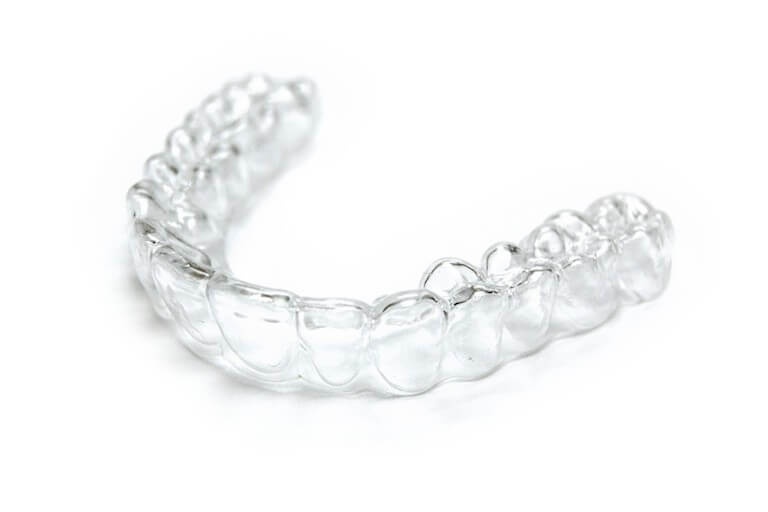 Drs. Lotte Meereboer started using Invisalign in 2007 in the Netherlands.

This is why she is the most experienced practitioner of Invisalign orthodontic treatments in the Netherlands, even the Benelux. 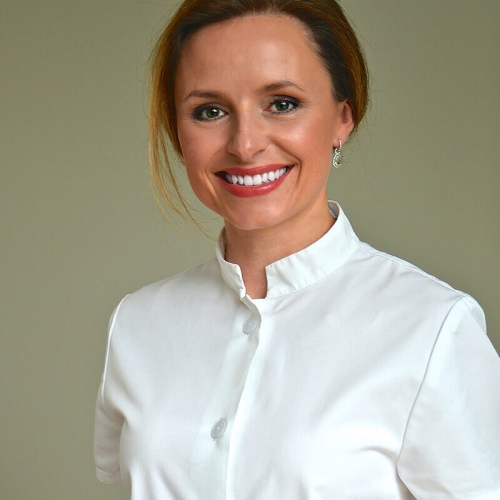 During the intake the specialist will discuss your situation and wishes. The practitioner will explain how Invisalign aligners work and how much time it will take to get your desired situation done.

You pass by to place the aligners. The practitioner will review with you how you will wear the Invisalign aligners, how long you will wear them daily and when it is time to visit you for a checkup appointment.

During this first check-up we will check if the Invisalment treatment has started properly, discuss how the treatment is going and what the course of the treatment will look like.

Are you ready with your last set of Invisalign aligners then you come for the final check. To make sure your teeth stay in the ideal arc we advise you to use a retainer. This is a night brace made of a slightly thicker plastic than the treatment itself, this ensures that your teeth remain in the desired place.

Straight teeth thanks to Invisalign braces

The origin of the Invisalign braces

The first clear braces were made in 1997, when Zia Chishti made a chance discovery.

He realized that when he had not worn his night retainer for a few nights in a row, his teeth would begin to move little by little on their own. As soon as he continued wearing his retainer, his teeth would move back to their previous position. He understood that synthetic braces can be used to move the teeth. This realization inspired him to team up with fellow Harvard student Kelsey Wirth and to write computer software in his garage in Palo Alto (California). By combining this software with clear braces, they developed a brand new orthodontic treatment.

This was the start of the Invisible Aligners Technology, also known as Invisalign. Chishti and Wirth received permission from the Food and Drug Administration and started selling the covers and software to orthodontists in the United States.

Because he had worn traditional braces with brackets, Zia Chishti was well aware of the many downsides of these types of braces. He expanded his knowledge by researching many patients who had also worn them and concluded that he had to address these issues. The negative aspects of traditional braces include pain after monthly visits to the orthodontist, allergic reactions to the used metals, general hindrance in daily life, time-consuming monthly check-ups and not being able to keep up dental hygiene.

Chishti developed solutions using his new technology. Some characteristics include:

The 3D video is another unique characteristic of this solution. Before the treatment starts, the practitioner will show you in a 3D video how your teeth will be adjusted over the coming months. This way, you’ll know exactly what you’re working towards. Practice has shown that it is a comfortable method. Add to that the many benefits and you understand why we have so many pleased customers!

There are several different Invisalign treatment plans: Full case, Express case, Lite case and Teen. In order to keep the beautiful arc of your teeth after the treatment is complete, you will use a night retainer. The specialist will explain the different treatment plans during your first appointment. This way, you are guaranteed to get the results you desire.

Make a selfie
for immediate
advice

Are you curious to know if it’s possible for you to receive this treatment? Take a selfie of your teeth and send it to us via e-mail or Whatsapp, so we can advice you immediately.

“Thanks to Comfortho and Invisalign I have my beautiful smile back!”

Conquer the world with your smile!

See what we can do for you.

Comfortho belongs to the top 50 Invisalign providers in Europe since 2016.